We had a spectacular turnout on Sunday, May 6th at Santa Cruz Main Beach with 65 teams from 31 schools.  In the Champions League bracket, the top 12 schools had their pairs vie for the NorCal League Title.  This was taken by Branson who will represent NorCal against he top three SoCal teams on May 19 in the State Championship at Dockweiler Beach.  The full rankings for the League are listed below (non-league team results are at bottom of page):

Photo of all girls for all teams 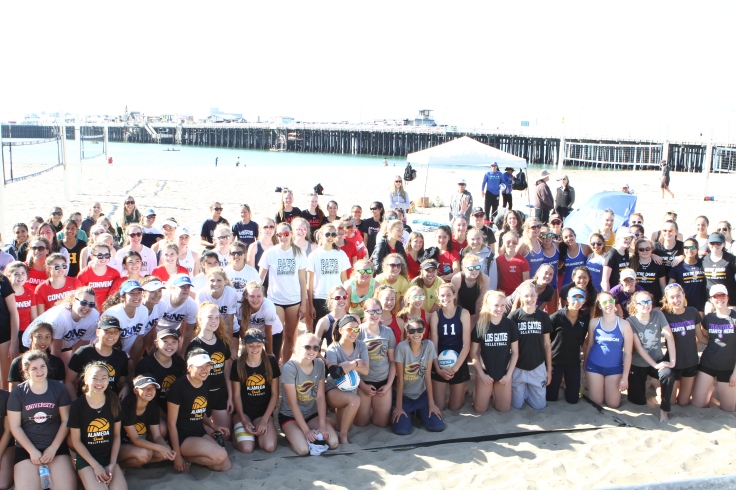 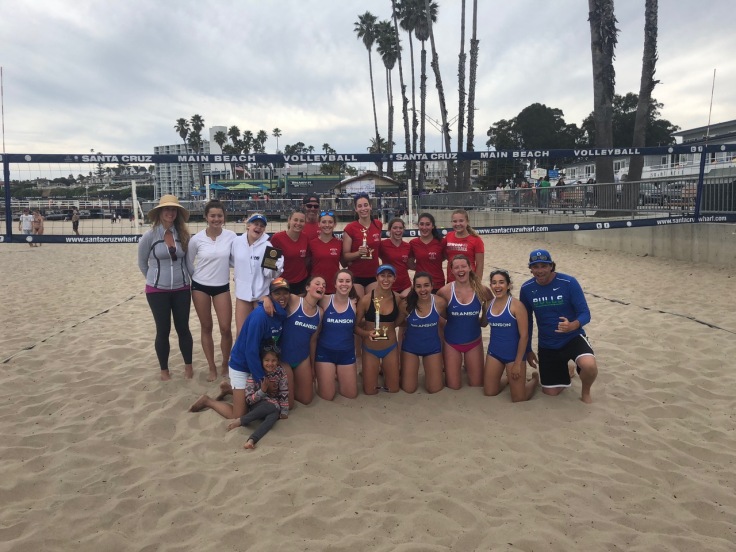 Non-League: Of the 29 teams that competed in the Contenders Bracket the top finishers were: